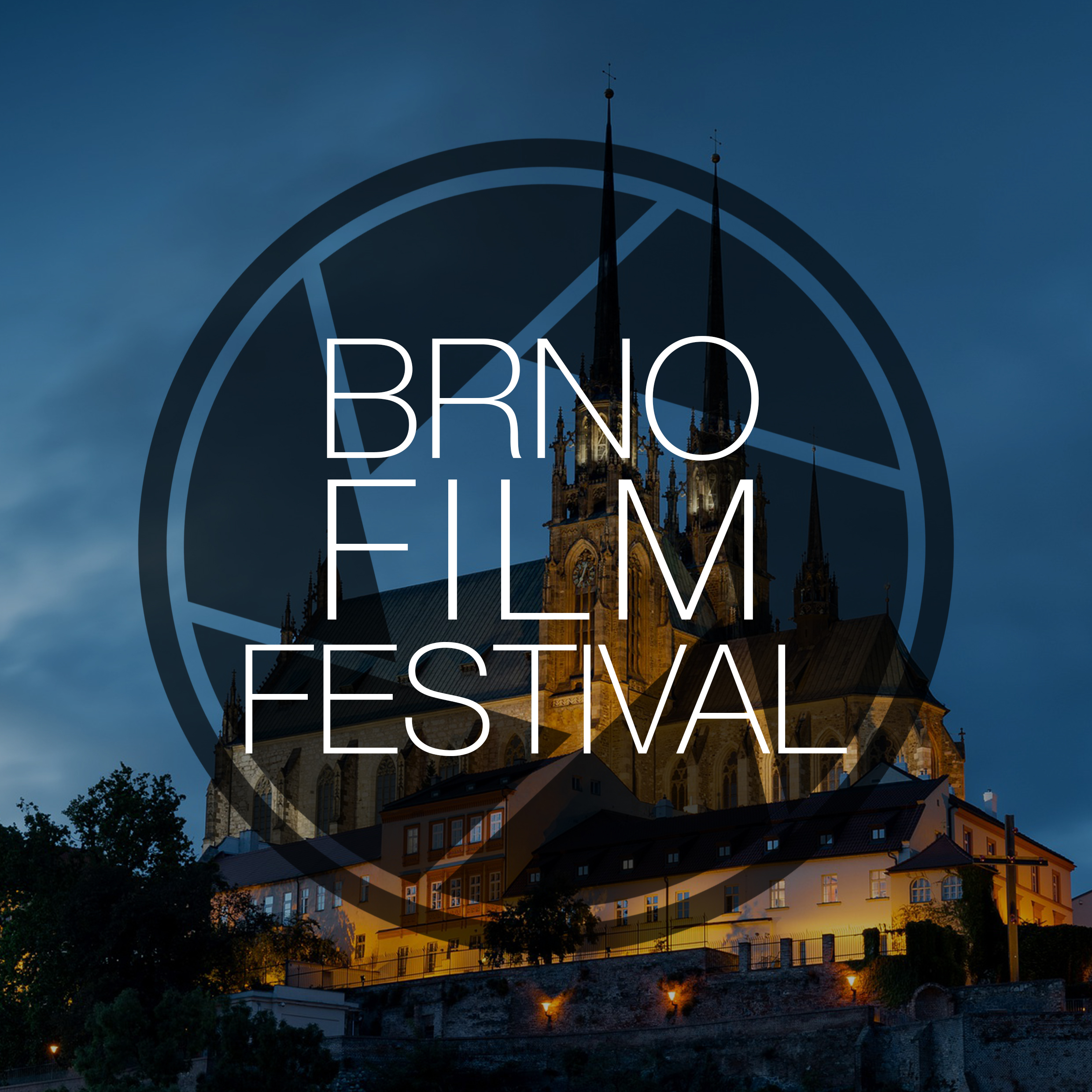 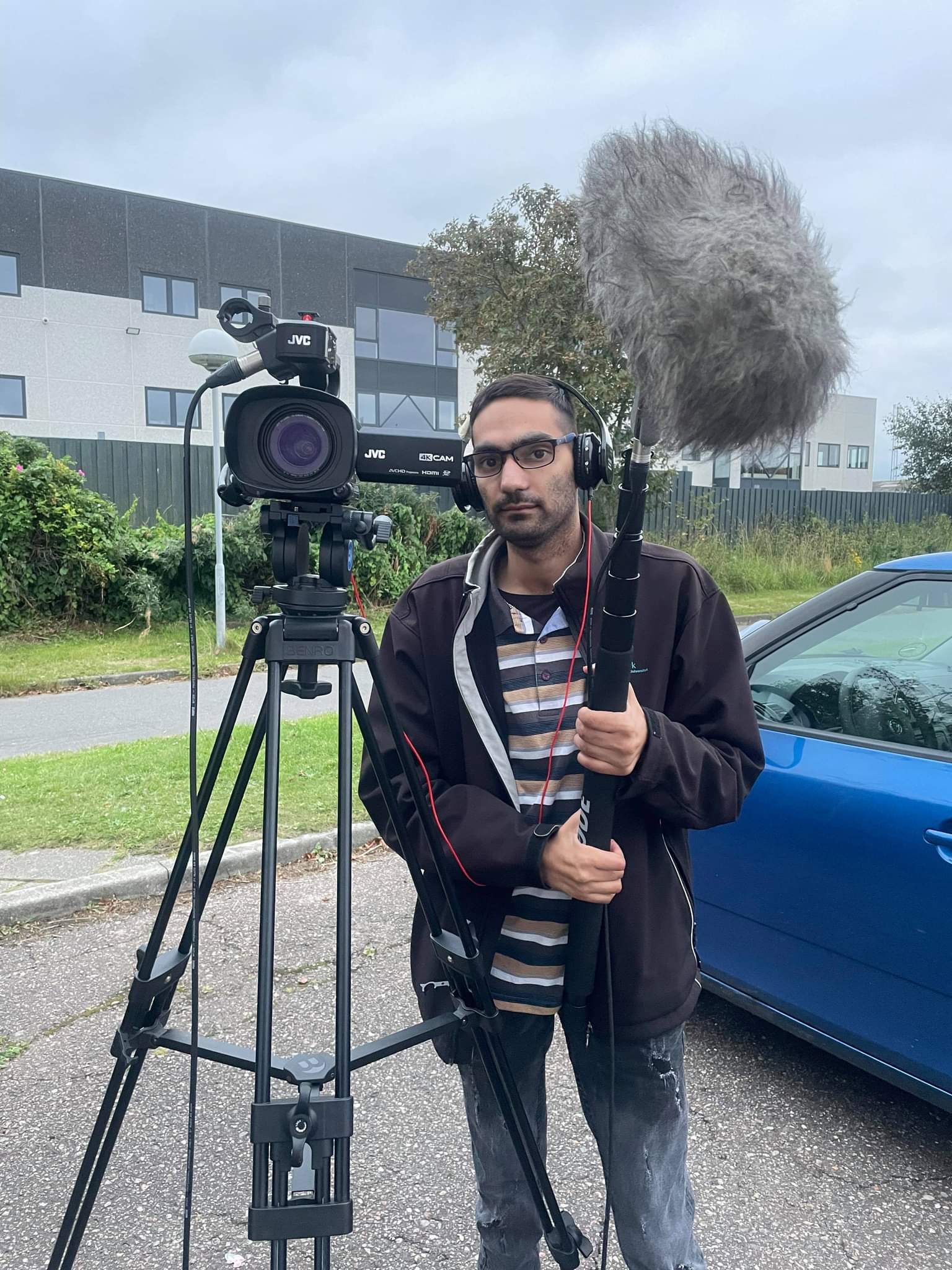 Bilal Hussain is an award-winning indie filmmaker, he has been making short films for eleven year's (present) He is a Pakistani-Canadian citizen, who lives in Esbjerg, Denmark and works at a local television station "Tv-Glad Esbjerg" as a reporter, anchor, cameraman & segment editor. Besides work and filmmaking, he has written two crime-fiction books, he has also been a film judge at the "Tokyo Lift-Off Sessions", "Box Short Film Festival", "Istanbul Kisa Golden Film Festival" & now at the "Thessaloniki Free Short Film Festival". Bilal is now writing his debut Danish feature film, which will begin shooting next year (2023) in Esbjerg, Denmark.


What is the story behind your film?
This independent short film "Where Did The Love Go" (2022) is about a woman who suddenly goes missing and the local police have no idea of her whereabouts. Their attention soon turn to a pair of out-of-town suspects, who were involved in the killing of three women a year ago. Honestly, there are no hidden secrete stories behind this storyline. I've been making independent short films since 2011 - 2022 (present) and almost all my independent short films are about drug crimes, gangs and love stories. So, I wanted to write something different. I thought a lot, trying to come up with an idea and finally landed on a story which tells about two men who come from a broken home. This storyline was originally written as a feature film but due to Covid-19 I had to shorten it as we all were unsure that the country (Denmark) will go on lockdown again, because we were filming in 2021. I and my team are excited to see what the audiences think of this independent short film "Where Did The Love Go" (2022).
First trailer link: https://www.youtube.com/watch?v=pWkuZELPnEg


What should people take away, gain, realise after watching your film?
This is really a difficult question to answer. Be kind to your kids, love them because kids are hunger for love. I come from a loving family, but there are families which have broken homes and that effects the kids a lot as they get older in life. Some kids become kind, some don't and some like our characters. Although this is a fictional independent short film but everyone who have a dark past like our characters they will relate to the storyline. I saw all the "Criminal Minds" (2005 - 2020) seasons, they had episodes where they showed these kinds of storylines. That's why, this has helped me in writing this independent short film. I think after watching "Where Did The Love Go" (2022) the audiences can takeaway and realise that always be kind to your kids and love them no matter what.
Final trailer link: https://www.youtube.com/watch?v=Gy86tXAmgIY


How was the creation of your project at the time of COVID-19?
It was good. We filmed it last year (2021) it was during the time where everything was open but I and many others were unsure of if the country (Denmark) will be locked-down again during our filming. Thankfully it didn't. Due to this, we were able to film at the local bars "Little London - English Pub & Pool" and at "Stalden Pool & Sportsbar" and other places. I would say a good experience. Films Facebook link: https://www.facebook.com/Where2021DidThe.LoveGo


What creation style did you use in the production of your project? What cameraman elements did you use?
I used a 4k professional camera (JVC-GYHM200E), at the time of filming I didn't have a strong MacBook to edit 4k footage. So, I set the settings to 1080p 24. Frames and filmed the whole short film and edited it in Final Cut Pro X. I created the colour-grading at the end when I knew the whole short film was finished. It has about two or three colours and the brightness is also slightly deemed down. I believe that the story matters first and the technical expects came afterwards but they are also important to tell a unique stories like mine but I will let the audience decide.


How did you select the actors for your project?
Threw my film network and friends in the indie filmmaking business. Thanks' to all of them, I love them all and special thanks to all my cast for bringing this story to life. 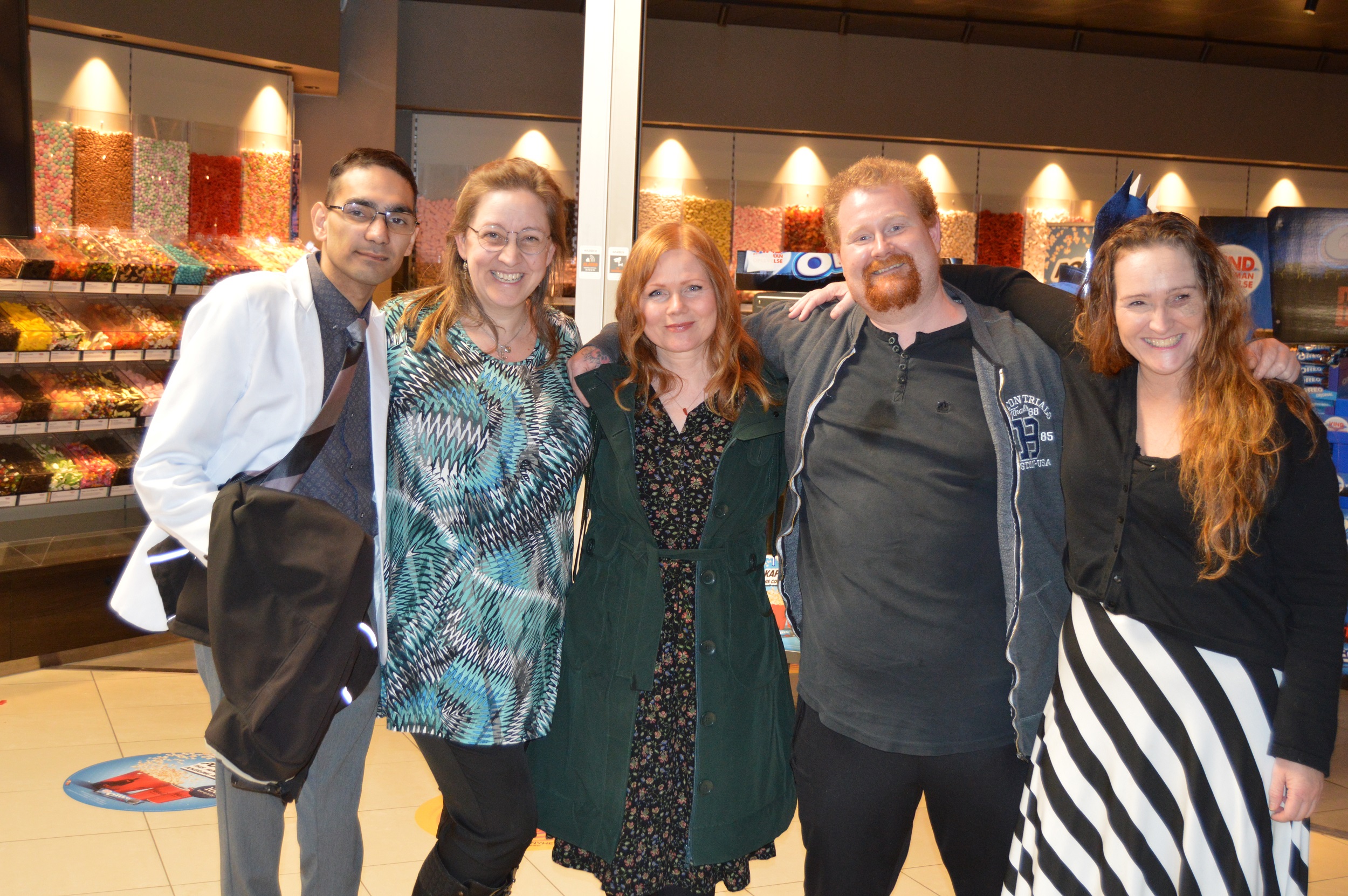 Why do you think your film should appeal to distributors?
I think because it has a good storyline, music and acting. I think when audience and distributors will see it, they will relate to many things which happens in real life. I plan to create a feature film in the same storyline so, if distributors or any Hollywood film companies are ready to produce it I would happily write a screenplay but otherwise I will produce it the indie way.
Films IMDB link: https://www.imdb.com/title/tt14979336/reference/


At which festival has your film been screened?
It is submitted to many festivals which take place next year (2023) but this year (2022) It has received two selections so far. First is at the "Shockfest Film Festival" (Las Vegas) where it will screen online from the 10. December 2022 and at the same date I will find out if the film will win or not as the festival have its award-show online. Second is at the "Love & Hope International Film Festival" (Barcelona) where it will screen in front of the Spanish and international audiences. It has also received a semi-finalist at the "Iconic Images Film Festival" (Lithuania) where only finalists screened and I wasn't lucky there but semi-finalist was great as well. Let's see what happen further in 2023 and in the future. Crossing fingers for a selection here as well.


How did your acquaintances react when they first saw the film?
I had a closed premiere for invited guests, actors, friends and my parents at the local cinema in Esbjerg, Denmark where I live which was in March this year (2022). Everyone loved it and I feel that it could have been even better if it was a feature film which was planned at first. Again, I can't say much, I am just waiting for the whole world to see it when it comes out and the audiences can judge it any-way they please. I make stories for the audience; I love it and I am getting better at it film by film.


If you could change something in your film, what would it be?
The start, middle and end. Originally the start was written totally different, it had montages of three victims (women) brutally murdered and then we see the main character Tony Dolberg) Dennis Doggy killing his fourth victim. It was supposed to be like an episode of "Criminal Minds" (2005 - 2022) where we see an un-sub (Unknown Subject) for the first two - three minutes of the episode committing a crime. Somewhere in the middle, I also had a scene like in "Criminal Minds" where the BAU ("Behaviour Analysis Unit") give a profile to the local police standing in a line. But in my independent short film "Where Did The Love Go" it was supposed to be the detective Alexa Nielsen (Christina Simonia Staarup) giving the profile. The original ending, I will not go into details as I am saving it for the feature film I have planned. So, everyone will have to wait and see. 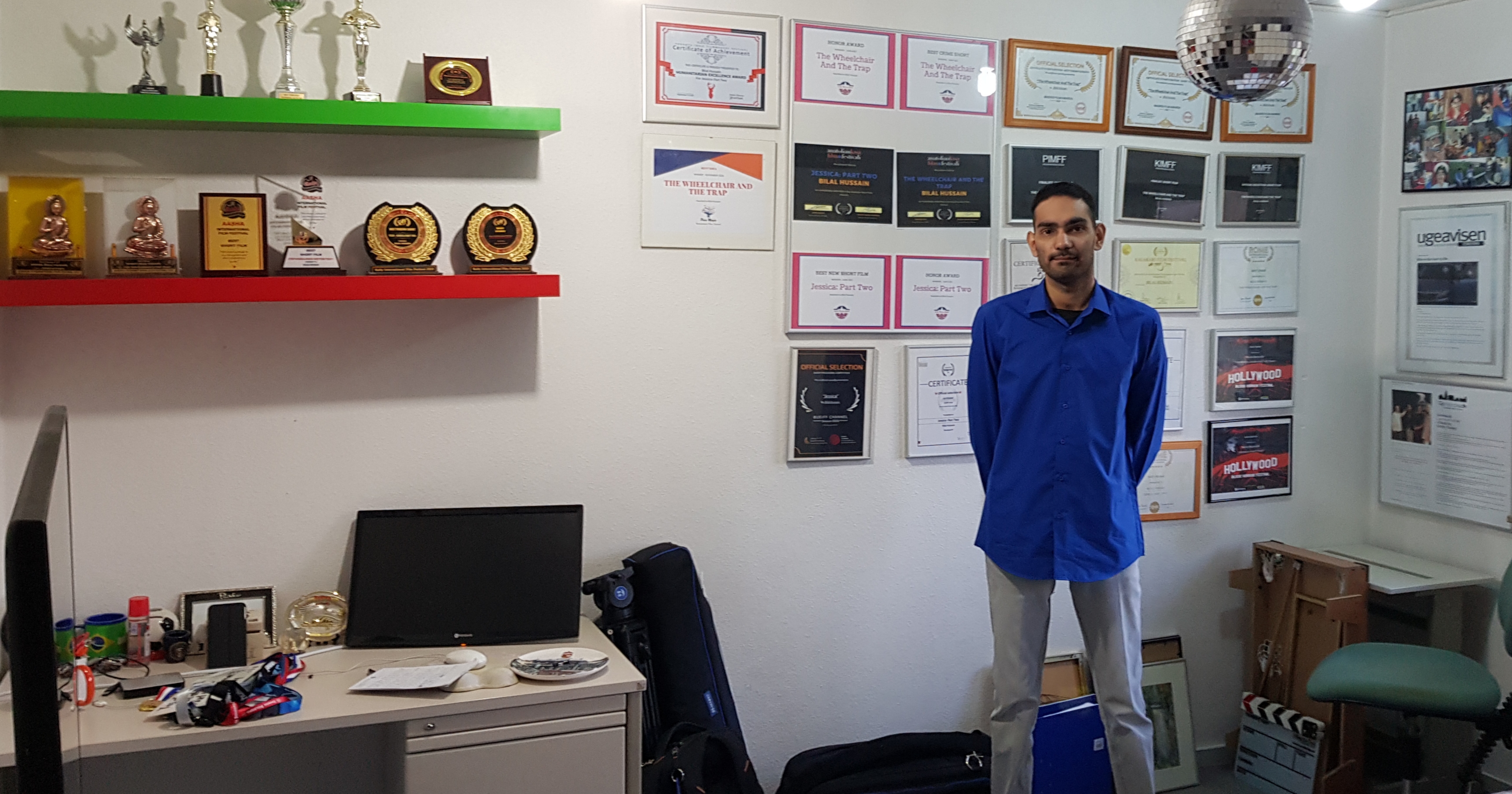 What topics do you like to address in your stories?
It depends on which story I want to write, it's not fixed so, its hard to say. I feel like I am good at telling crime stories, love-dramas and serial killer stories like now in "Where Did The Love Go" At some point, I love to write a horror and comedy films or drama-series.
Instagram link - Bilal Productions Denmark: https://www.instagram.com/b.productions.dk/?hl=en

What is your motivation in making films?
I am an award-winning indie filmmaker so, it's all the awards I have won that is my motivation. Hahaha. Just kidding. Honestly, I wanted to be a policeman when I was young but due to a rare-genetic disease (AAA-Syndrome) that will never happen because I am not physically strong due to the disease. Since I was young, I saw lots of movies with my dad and we still do so, from a young age it was a dream to make films and it motivated me to tell fictional stories surrounding law enforcement. I love telling stories, it's in my blood and veins.

Which contemporary filmmakers motivate you the most?
Many, if I again write the full-list, the interview will never ever end. Haha, to name just a few Tony Scott ("Top Gun"), Ridley Scott ("Body Of Lies") Francis Ford Coppola ("The Godfather") Christopher Nolan ("The Dark Knight") Martin Scorsese ("The Departed") Thomas Vinterberg ("Druk") and many more.

What projects do you plan to shoot in the future?
I am currently writing my debut Danish feature film, it's about a lesbian couple one is a cop and the other is a psychologist. Sorry, I won't go into more details as I want the audience to be surprised of the storyline and twists. It's a crime-drama, love story, action-thriller and LGBT film. I am not from the LGBT community but one of the lead actresses her daughter is and threw them I have done research to write the film. Time to time I get help if I am stuck on something regarding the characters. The film will being shooting next year (2023) and I plan to finish it by 2024. If it turns out excellent then I will submit it at the major film festivals like Cannes, Venice, Toronto, Zurich international Film Festivals. I also want to submit it for the Oscars but that is just a dream. I do pray one-day I will receive an Oscar and Golden Globe. If not, I will keep making films, no matter what because I love it. Other than the feature film I plan to end my "Jessica" series short films with the third and last part in the storyline after finishing the feature film.